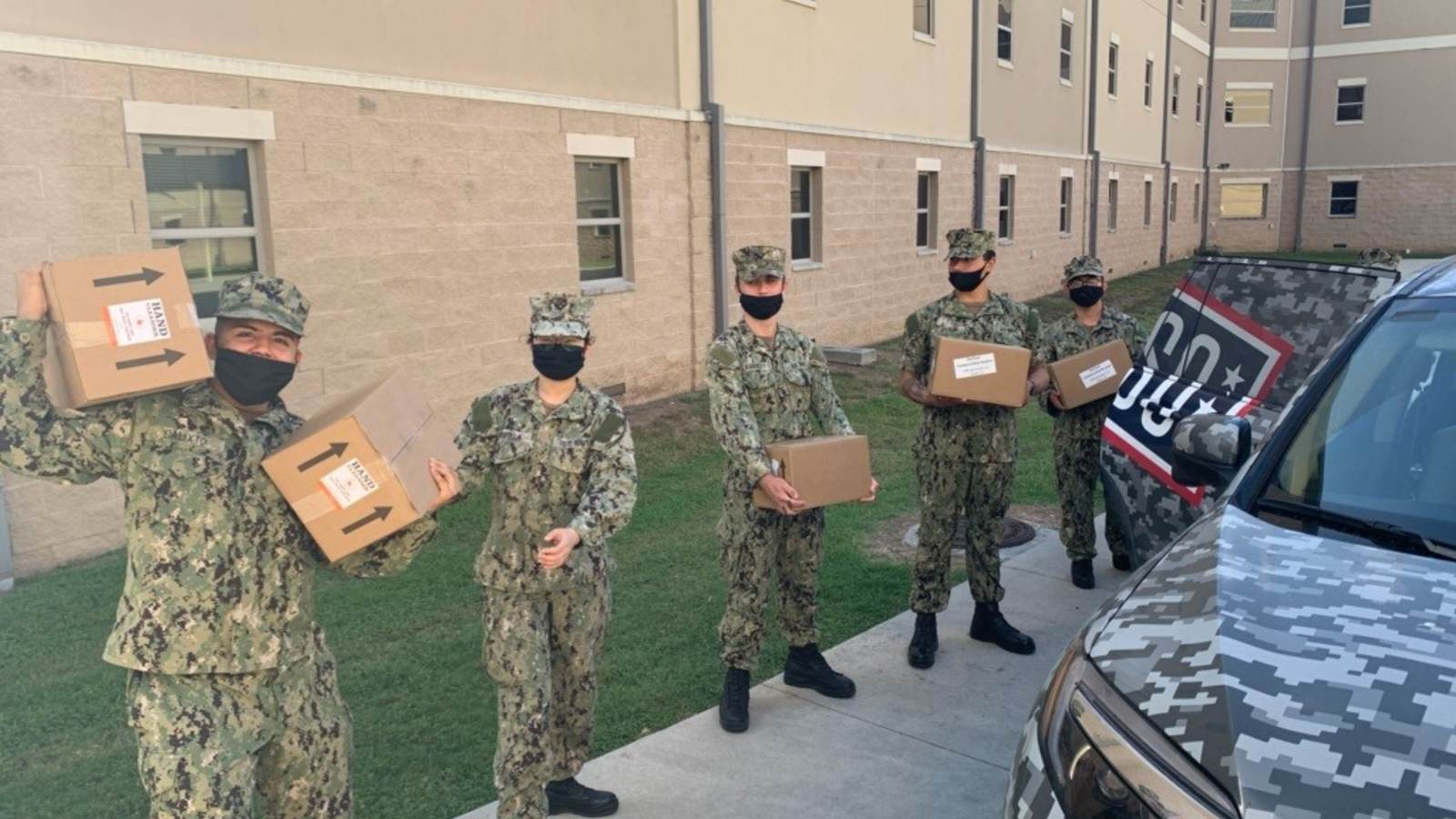 The USO strengthens America’s military service members by keeping them connected to family, home and country, throughout their service to the nation. For over 79 years, the USO, a private, nonprofit organization, has served the men and women in the U.S. military and their families throughout their service – from the moment they join, through their deployments and as they transition back to their communities. Over time, the USO has become the vital bridge between Americans and their military service members.

Today’s service members need the care, comfort, connection and support that can only be provided by an organization that is with them at every milepost of their military journey. The USO is the Force Behind the Forces, continuously adapting to the needs of our men and women in uniform and their families, so they can focus on their very important mission. The USO is a family of volunteers, sustained by the charitable contributions of millions of generous Americans.

Our work is America’s most powerful expression of gratitude to the men and women who secure our nation’s freedoms. The USO—a private, 501©3—was formed in 1941 and is Congressionally-chartered, with a Memorandum of Understanding to serve those currently serving. Today the USO operates over 220 centers globally, which handle more than 10 million visits annually from troops and military family members. USO San Antonio offers morale-boosting and family-strengthening programs to Soldiers, Sailors, Airmen, Marines, Coast Guardsmen, and their families throughout South Texas. It also provides a touch of home to nearly 314,000 troops and military families who pass through the 5 San Antonio USO Centers annually. More than 585 volunteers and an Advisory Council Members have provided invaluable assistance by way of over 32,000 volunteer hours in 2019. This invaluable support assists USO San Antonio to deliver support and engagement to over 492,000 service members and their families year-round by way of our many programs, centers and outreach events throughout South Texas as a Force Behind the Forces.

USO Fort Sam Houston Community Center offers morale-boosting and family-strengthening programs to Soldiers, Sailors, Airmen, Marines, Coast Guardsmen, and their families throughout the Fort Sam Houston Community and as Advanced Individualized Medical Students endure the rigorous training schedule of their desired medical profession. Provides a touch of home 7 days a week to nearly 136,000 troops and military families who pass through our 6,200 square foot new state of the art, wellness center complete with a fitness center and demonstration cooking kitchen.

*USO Transition Program * Performs the vital task of connecting targeted resources for transitioning service members and their families in a more efficient, effective, and positive way on their professional path forward after military service. The center is available for off-site briefings, trainings, and events for military units and spouse groups to connect, grow professionally, celebrate milestones, and participate in the many transition programs of USO San Antonio. Over 7,400 visitors last year took part in transition programs in that included Get Center Interviews, customized action plans, resume review, mock interviews, and professional networking.

Camp Bullis, the newest of our 5 centers opened in June 2019 and facilitated in providing expeditionary training support, a trademark of USO services in deployed locations to more than 12,500 Army Combat Medics. The continued growth of USO Programing at Camp Bullis focuses on the resiliency of our men and women in combat arms as they live and train in the austere and extreme conditions of deployments.